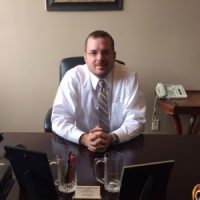 Hire a Lawyer Who Will Fight for Your Rights

Fighting to Achieve the Best Possible Result in Your Case

Do you need a lawyer for your criminal or traffic offense in the Tazewell, VA area? Michael J Letsen Esq. can defend you if you’ve been charged with:

Michael J Letsen obtained his undergraduate degree from Liberty University in 2002 and graduated law school from Appalachian School of Law in 2005. Upon graduating law school, Letsen worked in the Buchanan County Commonwealth Attorney’s Office as a prosecutor. Letsen has been with Galumbeck & Kegley since 2008 and became partner in 2016.

If you need assistance with something that’s not listed here, call 276-988-6561 right away to see if we can help. Michael J Letsen Esq. of Tazewell, VA also offers legal representation for those seeking compensation for vehicle-related personal injury cases.